Yesterday’s Founders Honored with Keys to the City 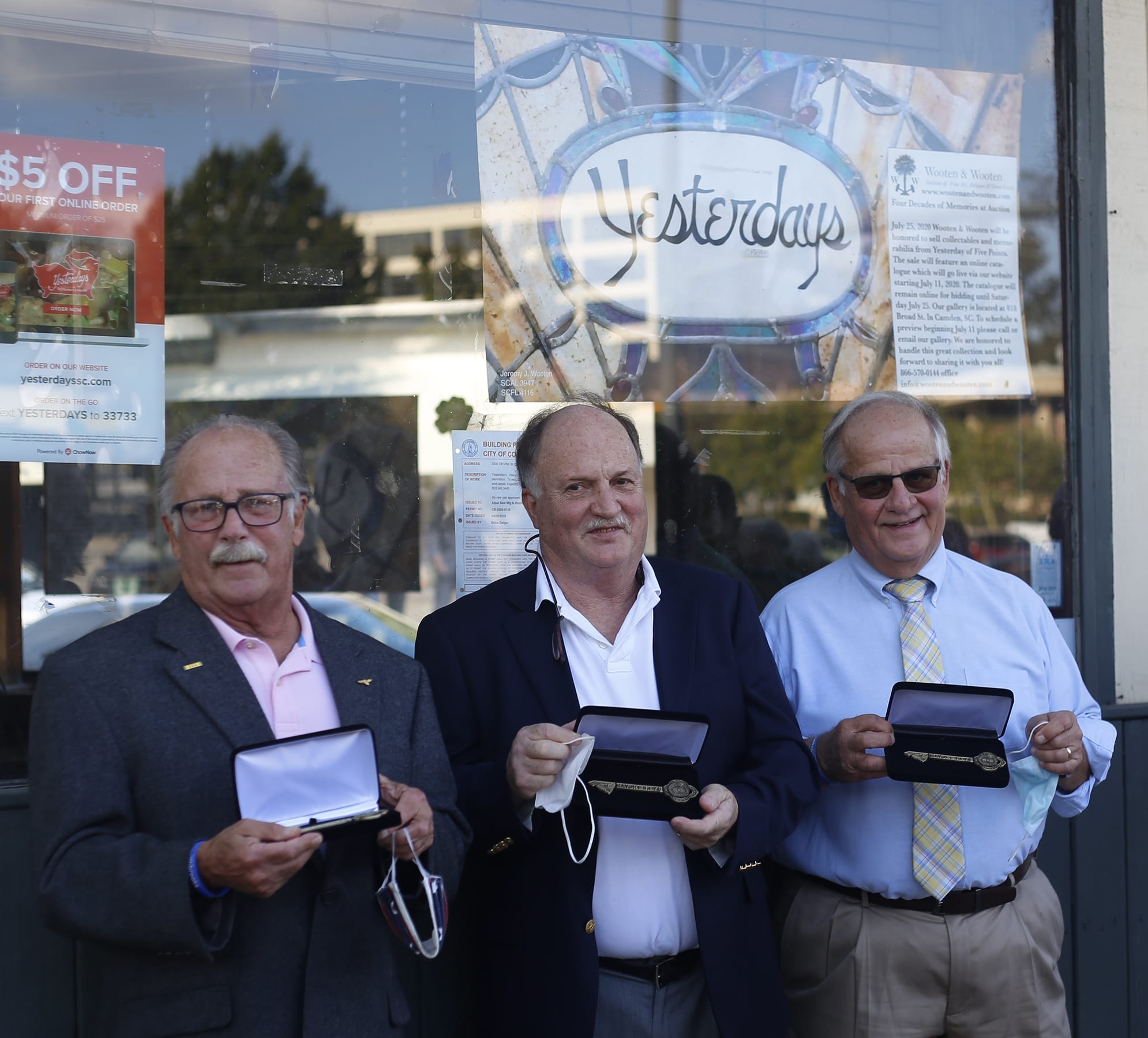 – On Tuesday, October 27 Mayor Steve Benjamin presented the Keys to the City to former Yesterday’s restaurant owners Darrell Barnes, Duncan MacRea and Scotty MacRea during a socially distanced ceremony beside the restaurant building on Santee Street at 3:30 pm. Yesterday’s has been one of Five Points’ most recognizable and iconic fixtures, helping stabilize the shopping and dining district for 43 years. Darrell Barnes, Duncan MacRea and Scotty MacRea opened Yesterday’s restaurant in 1976 at the intersection of Devine, Harden and Santee Streets, in a building originally built in 1935 to house Gibson’s Drug Store. In 1981, the three owners held the first Five Points St. Patrick’s Day festival in the restaurant’s parking lot, and over the decades the festival has grown to become one of South Carolina’s most recognized cultural and fund-raising events.